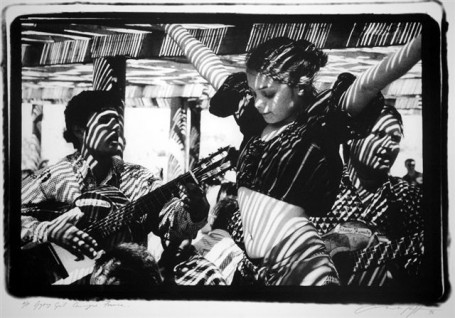 Charles was born near Inverness, Scotland, and brought up in Rhodesia and Iran. After studying Film and Photography in Nottingham, he exhibited his photographs of portraits, landscapes, and nudes in the UK, France, USA, Germany, and Japan between 1977 and 2002. In the late seventies he established a very profitable publishing company, Foto-Roff and Crean Bottoms Productions, for the production of high quality posters and postcards, selling his work and that of other carefully chosen photographers across Europe. In 1985 Charles founded Black and White Publications and opened a gallery of the same name in Covent Garden, London. This ran successfully for six years. A documentary was made in 1989 about Charles Roff, his double life as photographer and publisher, in a film called “All That is Left of Innocence.” The documentary was shown on British Independent Television in 1990.

In 1994 Charles went to Bosnia as a stills cameraman on a BBC commissioned documentary filming the destruction of Mostar. A series he photographed of Mostar was subsequently used by WarChild charity, exhibited at their fund-raising events. These photographs were also shown at MTV Europe television headquarters in London and the Supper Club in Amsterdam. The Mostar series has also been used extensively in the sleeves of music CDs produced to raise funds for the reconstruction of Mostar.

He is now working on the launch of a new book.