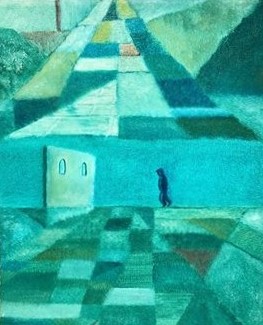 Claudio Chiariotti’s early years were influenced by Greek mythology and ancient Greek paintings, with their vigorous and instinctive lines. Following his studies in violin-making, his style became more classical, being more inclined to the classical rules of both the Renaissance and the Flemish schools of art. Today, his works continue to relate to the classical world of painting and allegory, with the addition of a contemporary touch of his own, while presenting the unsaid word of the person he presents.

Chiariotti is an artist who embraces the tradition of drawing and technical perfection. He manages to pull us in to his parallel world of mystery and emotion, where the people he paints have a deep, dark story to tell but will never share it. They cannot let us in on their secret, and their silence – together with the positioning of their hands or bodies and the intensity in their eyes – creates a feeling of unease, whilst keeping us interested in their mysterious lives.

The technical yet elegant results also depict a bygone era, where status, wealth and etiquette were everything and yet nothing. Inside the mind of each of his sitters is a story of salvation – a yearning for life.