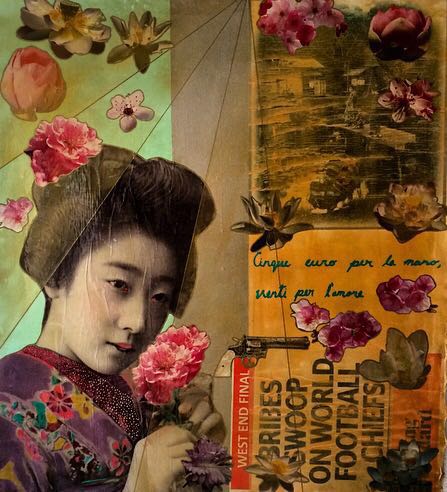 Juan Roldan was born in Colombia and spent his childhood in the United States. In 1980 he moved to London and began working from a studio in the then pre-gentrified Covent Garden.

Roldan’s work embraces the schools of abstract and gestural expression to create an artistic vision that is uniquely his own.

As the creator, Roldan is clearly ‘visible’ in his art; his work can never be considered passive or one-dimensional. The very action of his art – by splattering, pouring and scraping fingers across canvas – produces a sense of feverish animation. For the observer, Roldan’s work has a demanding forcefulness that immediately engages our attention.

Roldan’s goal is always to strengthen the visual impact of his statement. Drawing on his love of ancient mythology and a fascination with historical figures, his works deal in underlying and overlying truths. They raise questions about myth and reality. They invite us to see them not only as aesthetic objects, but also as objects of reflection.