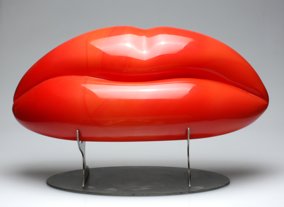 Massimo Nordio was born in 1947 in Venice, where he lives and works. Trained as a cinematographer and photographer, he is a longtime collector of 20th century Venetian glass and was commission to produce a series of difinitive monographs on important modern glass by artists from Murano – Carlo Scarpa, Napoleone Martinuzzi, Ercole Barovier, and Fulvio Bianconi. At the same time he began designing his own works of art and in the early nineties he devoted his his time to free-lance glass designing.

In recent years Massimo has collaborated in workshops in Pilchuck, Niijima, and the Murano Centro Studio Vetro, and in 1996 he assisted Roger Seldon in the creation of the celebrated glass panels at the synagogue in Milan. Massimo’s glassworks have been exhibited at the Corning Museum of Glass in 1998, 2000, 2006 and 2010. His first solo exhibition in Malta was with Lily Agius in 2014.

Massimo continues to be inspired, depicting every day objects – turned into anything but mundane – into intricately cut and blown glass. He is also now experimenting with Maltese limestone creating his iconic lips whilst in Malta.